I think new development in the visuals is less of a comment on the sensation or internal aspects of the dance, and more about the social, external experience of a dance floor. Its a representation of action and reaction between me and my partner, and other dancing couples, and also to some extent the music. The freezing aspect is a musical accent: when the music freezes, the dancers may well do too, and so it makes sense that the visuals do the same. The various objects orbiting the tracked object are representing other couples on the dance floor, and so it also makes sense that when a grand gesture is made, for a example an energetic boleo (kick), the surrounding objects (representing other people) would get out the way. My challenge with the patch is to make the boids behave in the manor of other couples on the dance floor. To do this, I need to program each object to orbit in a pair, then each pair to orbit the space (anticlockwise is the tango convention) whilst avoiding each other and reacting to each other in other ways (for example staying further out of the way of more energetic pairs).

I’ve altered the patch so that instead of sending the coordinate information to a graphic window, it gets sent to a matrix which loads colour pixels into a jit.window – a video window. This was to make it more compatible with the existing patch (the one with the ripples), and also to give me more freedom to process the information with video filters.

In these screen grabs, the pattern has been built up by a pair of boids orbiting the mouse position (which will eventually be the performing couple’s position on the floor) and leaving trails of their paths. 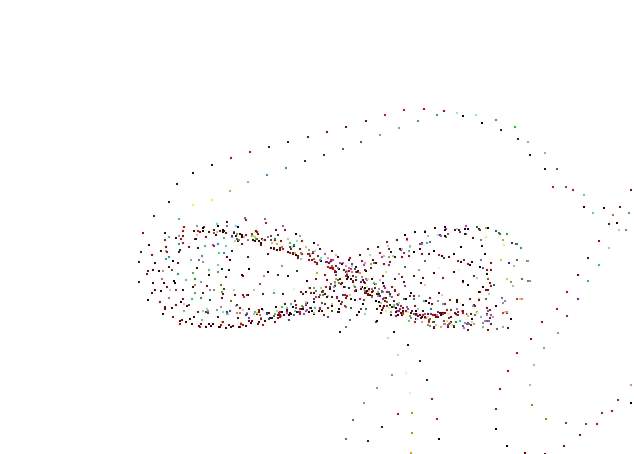 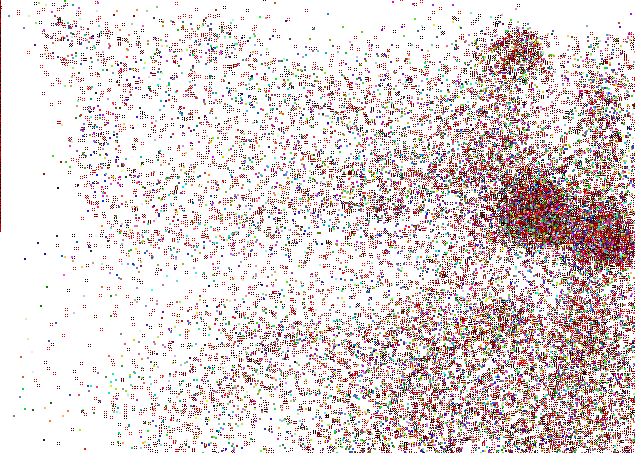 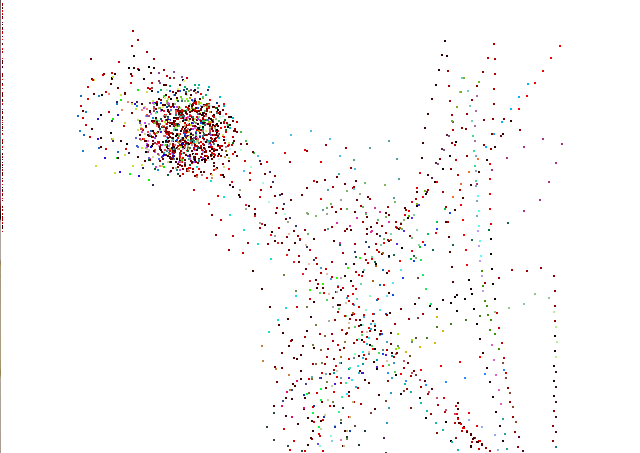 I was thinking that perhaps the dancers should erase the pattern with their actual paths so that they are always dancing in a clear space. I’d also like to make the orbiting boids leave a smoother and more delicate trail… I guess its something to do with the metro timing but I haven’t figured it out yet.

I graduated from Norwich School of Art and Design in 2009 with a masters degree in Digital Art, having previously graduated with a BA(Hons) in Graphic Design in 1999 from Cumbria College of Art and Design. Professionally I have worked as a designer for ITV, taught various creative courses in higher education and managed a team of animators and designers creating eLearning courses. Having recently moved to Dublin, I am now devoting more time to my personal painting practice and look forward continuing to exhibit my work in Ireland.